Newspapers once relied on their readers’ daily habit: starting the morning with a cup of coffee and a rifle through the print paper. Those days are going or gone for most, but publishers know that their future success will come down, at least in part, to how well they’re able to form new habits in readers.

(Think, for example, of the past few years’ success in email newsletters and email podcasts — each of which, like a print paper, arrives at a set time and a set frequency. Publishers dearly hope that listening to The Daily or reading Essential California becomes as regular a part of your day as brushing your teeth.)

A new report from the digital publishing firm Twipe examines how, exactly, publishers are building news products, running tests, and pushing notifications with that goal in mind.

Publishers are finding that a key metric for starting or stopping a subscription is the number of active days a reader has engaged with the publisher’s products, it says, especially in the early “onboarding” weeks of the reader’s subscription. That lines up well with research last year from Northwestern’s Medill Local News Initiative, which looked at granular audience data from three major metro dailies. Their conclusion? The frequency with which a reader comes back to the newspaper’s website “is the single biggest predictor of retaining subscribers — more than the number of stories read or the time spent reading them.”

Raising that early active days number is in part a matter of onboarding and marketing — making sure that readers know what’s available to them, both in terms of site services and the daily flow of content, at the right pace and at the right time. But it also includes adapting the core product — adding elements like daily puzzles, “finishable news” packages, and fixed-frequency notifications to create habits, drive engagement, and retain subscribers.

Twipe’s report features case studies from The Economist, The Wall Street Journal, The New York Times, Norway’s Schibsted, and more. At The Telegraph, which worked with Twipe on its “Project Habit” initiative, an initial analysis led the team to push for faster homepage load times and a service to send audio summaries and news links to commuters through WhatsApp. According to the report, The Telegraph found reducing loading time from 9 to 5.5 seconds led to a 49 percent increase in subscriber conversion from those who visit the homepage. The WhatsApp service proved successful too; users who regularly listened on WhatsApp were 12 times more likely to become paid subscribers.

Like other outlets in the report, The Guardian puts a special emphasis on onboarding, having found that the more features a new subscriber uses, the lower their risk of withdrawing their financial support. These features include an edition-based format of daily news but also crosswords and other puzzles, which may help explain its just-released app.

A team at The Wall Street Journal wrote in detail for us last year about their efforts to increase habit formation among readers. Their internal data showed that playing a puzzle had a more dramatic impact on reader retention than other actions the team had been promoting to new subscribers, such as downloading the Journal’s app or subscribing to an email newsletter. The Journal, whose most common trial offer is $12 for 12 weeks, has since focused its version of “Project Habit” on demonstrating value to readers and encouraging them to explore their full range of products — including those puzzles — within those first three months. 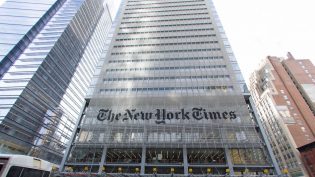 Eva Ross, senior manager of news product analytics for the New York Times, said the best advice she could give other publishers was to run as many tests as possible on what kind of engagement affects behavior — such as stopping or starting a subscription — that contributes to the bottom line. In an earnings call last week, Times Co. CEO Mark Thompson said something similar, declaring that giving digital teams the autonomy to “continually optimize” by having “parallel tests running in the background” was the “single biggest reason” behind their recent success with digital subscribers. 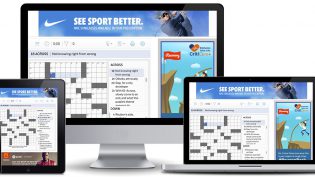 The Times’ popular Crosswords product encourages readers to play every day through various “streak” features and shares successes on their Wordplay Twitter account. Twipe reported that Norway’s Schibsted is also experimenting with gamification by applying “streaks” to news content so that some readers receive stats that include how many days in a row they’ve read the news and how much time they’ve spent reading articles, with a comparison over time. (The results of that experiment weren’t included in the report, sadly.)

There’s Nearly $100 Billion in Forgotten Money, and It’s Easier Than Ever to Claim. Here’s How.

Why It Pays To Book Four Seasons With Travel Agent

Take a Tour Inside the Fabulous Explorers Club

TLC ‘My Big Fat Fabulous Life’ Spoilers: Why Is Whitney Crying? – What Will Come Of The Kiss?

No Result
View All Result